Millennials have grown up with increased diagnoses of ADD and ADHD, as well as the psychostimulants that come with those diagnoses. Now, addiction treatment centres are seeing a surge in Adderall addiction in young adults. 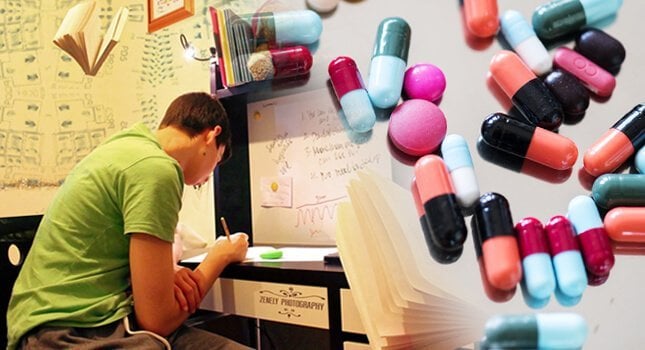 A generation of young people who grew up with diagnoses of attention deficit disorders has learned to cope with their disorder through prescription medicines including Adderall and Ritalin. But as millennials reach adulthood, addiction experts are witnessing a surge in Adderall abuse among students and young professionals.

In the US, Adderall is considered a schedule II stimulant, which places it on the same tier as cocaine. The fact that it is so widely prescribed and easy to obtain (even by those without a prescription) has become a serious cause of concern for addiction counsellors and their clients.

Adderall: A Powerful and Addictive Stimulant Prescribed to Young People

Adderall is a psychostimulant prescribed to those suffering from attention deficit hyperactivity disorder (ADHD) and some sleep disorders. It contains two different stimulants – amphetamine and dextroamphetamine – which work together to alter the way the brain works. These changes in brain chemistry are beneficial to those who have been diagnosed with ADHD.

But for some who has not been diagnosed with an attention deficit disorder, Adderall acts as a stimulant. It creates a sense of well-being and boosts alertness, attention and overall energy levels. It also increases the heart rate and blood flow to the muscles.

For those who do not suffer from ADHD, using Adderall is invigorating. Some users compare the high experienced when using cocaine. But as with all powerful stimulants, Adderall is addictive. For those with a prescription, doctors are careful to monitor their patient’s usage of the drug over time.

With Adderall so widely available on the streets, many young people are purchasing the drug without a prescription – either recreationally or as a form of self-medicating. This is extremely risky and is likely to result in addiction. 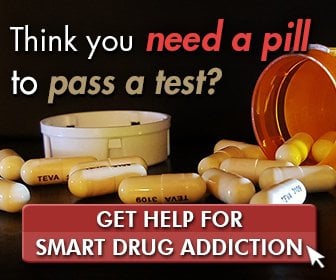 The Partnership for Drug-Free Kids and MetLife Foundation conducted a series of surveys with hopes of better understand the epidemic of prescription drug abuse amongst young people. This joint initiative was called the Partnership Attitude Tracking Study (PATS), and its findings were disturbing.

Here are some statistics revealed by PATS:

A Desire to Boost Academic Performance Can Lead to Adderall Addiction

The PATS survey also found that 26 per cent of teens believe that Adderall can be used as a study aid. The sense of focus and alertness that the drug creates does make it easier to study. And the energy boost it provides makes it possible to engage in longer sessions of cramming and test preparation.

However, research suggests that so-called ‘study drugs’ or ‘smart drugs’ do not actually boost academic performance. One study conducted by the University of Pennsylvania found that students taking Adderall did not perform any better on tests of cognitive function than a control group.

But there is a catch: They thought they were performing better.

The gap between the perceived effects of Adderall and the documented reality is concerning. And it is not just students who buy into this fallacy. PATS found that nearly one in three parents held the same beliefs. They were under the impression that prescription drugs taken without a prescription are still less dangerous than street drugs – and that taking them could help their children to do better in school.

When a person genuinely suffers from ADHD or a similar disorder, their brain often exhibits abnormally low levels of dopamine and norepinephrine – neurotransmitters associated with the brain’s reward system and ability to focus. Taking Adderall can help these patients achieve more balanced brain chemistry.

But for those who have not been diagnosed with ADHD, Adderall will boost these neurotransmitters beyond normal levels. This leads to dependence over time, to the extent that quitting and getting clean often requires detox and addiction counselling. Relapse is common.

A host of side effects can result from using these amphetamines, including anxiety, restlessness and shortness of breath. Long-term use can lead to tolerance and the need for higher doses in order to achieve the same effects. Much more pronounced symptoms of Adderall abuse may follow:

Panic attacks, uncontrollable tremors, hallucinations and psychosis can all result from overdose. This is an exceptionally strong drug with serious implications for those who become addicted.

There Is Help for Millennials Who Are Addicted to Adderall

Many young adults grew up with the impression that Adderall was safe for them to take without a prescription or to experiment with recreationally. This persistent misconception has placed many at risk for Adderall addiction.

In many cases, those who have been affected live in denial of their addiction. It seems inconceivable to them that they could even become addicted to what they perceive as a ‘safe’ drug. But the reality is different.

If you believe that you or someone that you care about is struggling with an Adderall addiction, it is absolutely critical to seek help now. Our revolutionary treatment programme has been specifically designed to address the needs of this age group and the unique set of problems they face. Contact The Edge today to find out how we can help.