Could Helicopter Parenting Lead to Addiction and Other Mental Health Issues?

You want the best for your kids, which is why you go out of your way to protect them. The problem is that ‘helicopter parenting’ can actually set young people up for addiction in their adult lives. We look at the research and explore healthy alternatives.

Every good parent wants nothing but the best for their children. They want them to thrive and grow into successful and prosperous adults who are ready to meet any challenge. The problem is that this deep-seated desire leads some parents to play an over-active role in their child’s development – shielding them from every potential mishap and pitfall.

This overly protective style of child-rearing has been dubbed ‘helicopter parenting’, and there’s reason to believe that it could contribute to everything from mental health problems to alcohol addiction. As it turns out, allowing your child to make missteps or even outright failures in a reasonably controlled environment could ultimately set them up for greater success and stability down the road.

Over-protective Parenting Could Induce Anxiety and Depression in Kids

A new study about the effects of helicopter parenting found that this approach to child-rearing can have a negative effect on kids. In the study, children and their parents were invited into a research laboratory, where the kids were instructed to complete as many challenging puzzles as they could in 10 minutes. Parents were permitted to help their children if they wanted to, but they weren’t encouraged to do so in any way. 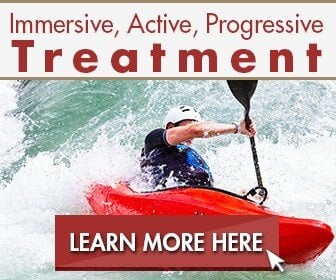 Some of the young people in this study had been diagnosed with social anxiety, and the researchers found that parents of these kids were significantly more likely to touch the puzzles than the parents of children with stronger mental health.

This is only a correlation, and it doesn’t necessarily mean that helicopter parenting induces anxiety. It does mean there’s a connection, though. Other studies bear this out. For example, a study of university-age students found that those whose parents were overly involved in their academic lives were more likely to struggle with anxiety and depression.

Helicopter Parenting is Linked to Binge Drinking in Young People

No parent wants their child to grow up suffering from mental health issues. But as it turns out, that’s only one negative correlation with overinvolved parenting – and it gets even worse. There are many concerned that over-protective parenting could also lead to binge drinking in young adults.

There’s not as much direct research into this effect, but it’s not that much of a leap. For example, some studies have shown that over-protective parenting results in risk-taking later in life. The number of young people now drinking to blackout is worryingly high. This is blatantly risky behaviour, and there’s ample reason to believe that the surge in protective parenting that characterised this generation’s upbringing is at least partially to blame.

When parents work overtime to protect their children from even a shadow of risk, they’re simultaneously denying them the opportunity to make small mistakes and learn from them. When these children grow into autonomous young adults, the result is often rampant experimentation and risk-taking.

How to Avoid Over-parenting and Encourage Healthy Development

The urge to be a helicopter parent comes from a good place. Parents want their children to be safe, happy and prosperous. They want to protect them and encourage them to be successful. But as we’ve tried to demonstrate in this post, too much micromanaging of a young person’s life can set them up for disaster in their adult life.

As a parent, you want to give your children every advantage you can afford them. You want them to be safe, strong and emotionally healthy. You also naturally want to protect them from the threats that they may not be able to detect. But it’s also important to remember that part of growing up is learning from your own mistakes.

Practically speaking, one of the most important things a parent can do is to allow their children to fail in a controlled environment. Doing so (and keeping them safe at the same time) could very well protect them from anxiety disorders, depression and even the risk of addiction brought on by early binge drinking.

At The Edge, we understand what a challenge parenting is, and we’ve seen it demonstrated over and again that it’s never too late to turn a life around. If your teenage or young-adult son is struggling with alcohol or drug abuse, our team of addiction counsellors can help.

Our specialised addiction treatment centre in Northern Thailand has been designed specifically with young men in mind. Our integrated approach combines cognitive behavioural therapy and group counselling with physical training to create a holistic approach to overcoming addiction. We encourage the young men under our care to take risks and – even more importantly – to take responsibility for their lives and actions.

If you’re concerned that your son or a young man under your care is abusing drugs or alcohol to an addictive degree, get in touch with the specialists at The Edge. You can reach us through our contact page, or alternatively, leave your contact details and let us get in touch with you directly.

Is Your Son’s Boredom Causing Problems at Home This Holiday Season?

The Pattern of College Drug Use