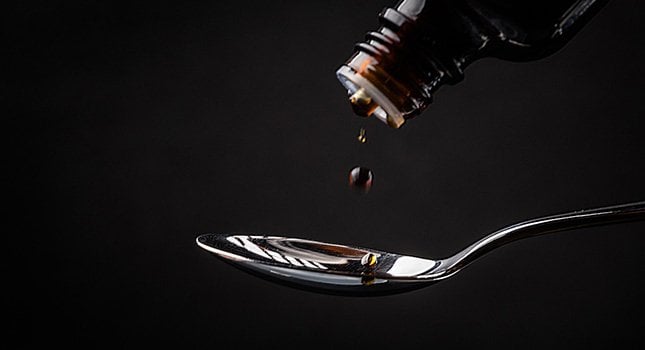 Typically mixed with Sprite, over-the-counter cough syrup has become an intoxicant of choice for many American teens, but abuse of the substance can have devastating consequences.

The active ingredient, dextromethorphan, causes hallucinations, disassociation, a feeling of drunkenness and can lead to fatal overdose. ‘Cocktails’ laced with it often contain 20 times the recommended dose.

Several states in the U.S. have taken steps in recent years to prohibit the sale of cough syrup to minors, including New York and California. Colorado is the most recent to make such a move, and legislators have spoken with teens who are concerned by the impact of cough syrup abuse on their peers’ lives.

17-year-old Jino Arrendondo is working to pass a bill in his home state of Colorado that would mean shopkeepers would need to check the ID of anyone buying cough syrup to ensure that they are 18 years or older.

He travelled to the state capital to lobby for legal action with Jonathan Singer, a lawmaker sponsoring the bill.

“This is a simple step to make sure that our cashiers do just a quick double check before they hand something out to a kid which they might actually abuse,” Singer said.

The control of sales is an approach that could take hold worldwide, as abuse of cough syrup has become an issue of concern in Bangladesh, Hong Kong, India and Malaysia.

Since the 1990s, cough syrup has been abused in the U.S., and references to cocktails called “purple drank” – mixed with both over-the-counter and prescription versions of the medicine with dextromethorphan or codeine—were popularised in hip-hop music.

As recently as 2014, pop singer Justin Bieber referenced a cough syrup “double cup” mixed drink in his hit song “We Were Born For This.”

Millions of American teens have admitted to experimenting with the substance, but misuse has spread to Asia. To combat widespread abuse, India has put pressure on cough syrup companies to better regulate supplies in the country. Addiction is on the rise in Bangladesh, and misuse of cough syrup is prevalent particularly in Hong Kong’s international schools.

In Malaysia, as well, the issue of addiction to codeine- and dextromethorphan-based cough syrups has long been one of concern. However, the Malaysian Medical Association has for decades argued against the banning of the medicine as a response to the crisis, instead arguing for better regulation of its sales and of the quantities available. 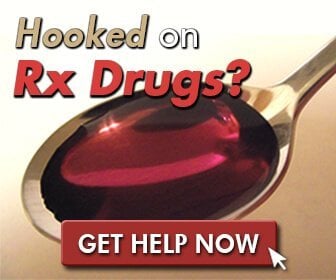 Why do teens experiment with—and abuse—cough syrup? A Hong Kong-based survey suggested that curiosity, boredom and peer pressure were largely to blame. For those looking for a cheap high, dextromethorphan-based medication is easy to obtain and it is perceived as being less dangerous than street drugs.

Parents also are often unaware of the potential for this product to be abused and have it readily available at home.

“The parents don’t know what is happening,” said American teen Jino Arrendondo, referring to the trend of cough syrup misuse in the U.S.

There are, however, warning signs that loved ones can watch for:

If these behaviours sound familiar, it is important to have a calm, prepared discussion with your teen—when he is sober—about the possibility that he is abusing codeine or dextromethorphan.

More and more teens are getting hooked on abusing cough syrup, and fatal overdoses can occur, which is why it is important to seek lasting and effective help for young people who are misusing it. At The Edge, our programs are tailor-made for young men struggling with a range of substance abuse and mental health issues.

Addiction can be psychological and physical. That’s why, through a combination of intensive athletic training, outdoor adventure and one-on-one counselling we treat the whole individual.

Our idyllic campus situated in the mountains of northern Thailand is the perfect place for your son to get a fresh start, far from the triggers and temptations that initially led him to engage in destructive behaviour.

Call us today to find out how The Edge’s Western-certified staff and innovative treatment methods can motivate the teen in your life to make better decisions and break the cycle of substance abuse. We are ready to help.

Am I Turning My Son Into a Gaming Addict?
Get Help Now