As marijuana use and possession is decriminalised and legalised across much of the world, young people’s perception of this addictive substance is changing. What does this mean for young men’s risk of cannabis addiction?

The legal status of marijuana is changing around the world, and this could have a profound effect on the health and future of your teen. It’s more important than ever that parents speak with their teens about the dangers associated with marijuana – both as it pertains to the risk of marijuana addiction and the consequences it can have for their developing minds.

The Current Legal State of Marijuana Around the World

Some 180 million people around the world use cannabis. While UN conventions prohibit the use, possession and supply of marijuana, this is being largely ignored across much of the world. It’s clear that views on the use of this illicit substance are evolving.

Take the US as an example. Since 1996, 28 states and the District of Colombia have legalised the use of medical marijuana. More recently, two states – Colorado and Washington – have legalised it for recreational use. This would have been all but inconceivable a generation ago.

And similar trends are appearing elsewhere in the world. In Canada, marijuana is legal for medical use, and steps to recreational legalisation are currently underway. In parts of Europe and the Middle East, its use is either permitted or largely tolerated. And in Russia and Australia, though the drug is illegal, possession has been decriminalised. 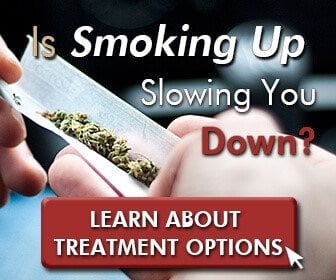 When Weed is Legal, Younger Teens View It as Less Harmful

One study on this subject found that marijuana legalisation in Colorado correlated with increased hospital visits as well as incidents of poisoning due to accidental exposure. This alone is disconcerting, but it’s only the tip of the iceberg.

Perhaps more concerning is the evolving way that teens view marijuana once it’s been legalised in their area. After cannabis was legalised for recreational use in Washington, pollsters found that young people perceived the drug as less harmful. And not only that – they also reported using it more often.

This study drew upon data from a national survey that was conducted over the course of five years. In all, more than 250,000 teens in grades 8, 10 and 12 were surveyed. The survey included questions about how harmful the teens thought marijuana was. It also asked them about their usage history and habits.

Lead author of the study Magdalena Cerda told Reuters Health, “Across the country there has been a decreased perception of risk and an increase in marijuana use among adolescents.”

Why Shifting Views on Cannabis Legalisation Puts Teens at Risk

There are several reasons for concern when it comes to teens’ changing views on smoking pot. To begin with, there is a well-documented body of research to suggest that young minds are particularly vulnerable to the adverse effects of marijuana.

Across much of the world, the prevailing sentiment seems to be that marijuana is a harmless intoxicant. It is viewed as something that, when used responsibly, poses no real risk to the person or to society as a whole. But this is certainly not the case, especially for adolescents.

The high experienced when using marijuana comes from tetrahydrocannabinol (THC). This compound has been shown to impair a range of brain functions, including memory, decision-making, attention and even learning.

The Effects of THC on Adolescent Brains

These effects apply to people of all ages, but the stakes are higher for the adolescent mind. A wide range of negative outcomes have been linked to heavy use of marijuana during teenage and young adult years.

Furthermore, some studies have even shown a direct link between persistent weed use and a decline in IQ. Although to be fair, this particular correlation between marijuana use and IQ has been called into question by other research.

Adolescent Marijuana Use Leads to Higher Rates of Addiction

Much of the public believes that marijuana is fundamentally non-addictive, and this viewpoint is only gaining momentum in the current climate of legalisation. But this perception is not accurate. According to research, approximately 9 per cent of people who try marijuana become addicted. This rate may be lower than those of alcohol (15 per cent), heroin (17 per cent) or tobacco (23 per cent), but it speaks to the fact that marijuana is an addictive substance.

But these figures increase when you narrow the sample to only include young people. In this case, about 17 per cent of those who begin using marijuana at a young age become addicted. For daily users, the risk of addiction rises dramatically – to as much as 50 per cent in some cases.

There is no question that marijuana use can lead to addiction. And this risk is even more pronounced for young users. As perceptions of marijuana change and legal restrictions are eased, it is becoming all the more important that we educate young people about the very clear risks associated with using this substance and encourage them to abstain at least until they are well into their adult years.

At The Edge, we know first-hand how much damage marijuana use can inflict on young men and their families. We help our clients understand the risks of cannabis use and educate them about how addiction works on the brain. If a young man you care about is struggling with marijuana addiction, our specialised treatment programme can help. Contact us today to learn more.

How Much Your Marijuana Addiction Really Costs