What are the Risk Factors for Alcohol and Drug Addictions?

Recent advances in the medical industry have allowed us to prove once and for all that drug addiction is in fact a disease. It is a chronic neurological illness that is characterised by a poor dopamine control system in the brain. People who already have this predisposition in their brain will actively search for something that will give them a greater dopamine rush, to attain the feeling of satisfaction that most people with normal dopamine control will easily find through primal instincts such as eating or drinking.

Once the brain has become accustomed to the dopamine levels released by the consumption of drugs, it becomes harder and harder to find the same levels of pleasure in other areas of the user’s everyday life. Cocaine and methamphetamines are particularly effective at fooling our brains into releasing inordinate amounts of dopamine, and this makes them exceptionally sought after drugs for people who have low dopamine control in their brains.

That being said; poor neurological functions are not the sole cause of drug addiction, and many people who have this predisposition are unlikely to ever fall into drug and alcohol abuse. There are many different factors that play into the causes of addiction, and often it takes a combination of many of these factors to lead to drug addiction.

Drug addiction is not typically the result of just one problem or issue in the user’s life, it can instead be developed from a number of different situations and factors that addicts may have been exposed to.

There are three main areas of risk factors that contribute to drug addiction, and these include biological predispositions, environmental factors and influences, as well as drug choice and delivery method. We will discuss these three risk factors for drug addiction in more detail below. 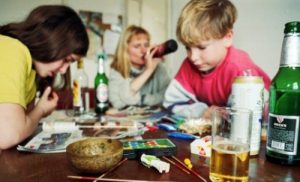 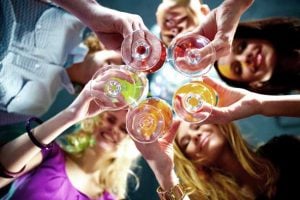 Drug Type and Administration as Risk Factors for Addiction 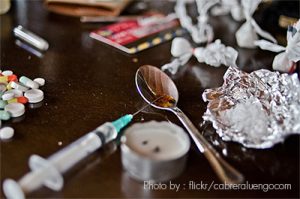 There is no one thing that predominantly leads to drug or alcohol addiction, and most of the time it is a combination of many of the factors above. Addiction is most definitely a disease, but it is also a result of a culmination of risks and factors that some people are exposed to, and the ways in which they are able to deal with these situations. For example, those with a history of heart disease in their family will adhere to a strict diet and exercise routine in order to decrease their chances of developing the same heart problems. For those with genetic or other risk factors for addiction present in their lives, it is important to understand what they are and take the care needed in order to decrease their chances of developing an addiction.

What to Expect in Rehab
Get Help Now