Without the safety net that previous generations of young people had in offline spaces, digital natives may be more likely to turn to alcohol and substance abuse to cope with depression and other mental health effects of social media. Here’s what you can do if your son is affected. 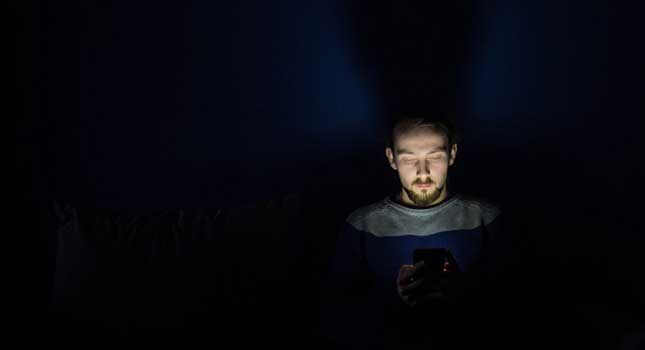 Social media is a relatively new phenomenon in the modern world, and it’s having a profound effect on the way we interact. For young adults who have never lived without online platforms like this, social media could be contributing to complex mental health issues. It may even be leading to higher rates of depression and addiction among youth.

Billions of people log in to their social media networks on a daily basis. This new form of online socialising has a profound effect on the way we think and feel. And some addiction professionals think that the barrage of negativity often experienced on social media platforms could be paving the way to addiction for younger generations.

But there could be much more at stake than calories or hard-earned cash. Last year, a study at the University of Pittsburgh’s School of Medicine found that the amount of time a young person spends on social media correlates directly to their risk of depression. The study involved nearly 1,800 young adults between the ages of 19 and 32, and it focused on the following social media platforms:

The participants were given a survey through the social media channel, and their answers were evaluated with a depression assessment tool. The results found that more than one in four respondents were at high risk of depression. The survey determined that any amount of social media usage (regardless of session length or frequency of use) correlated to a higher risk of depression.

Addiction author, David H Williams believes that social media is bombarding users with much more negativity than they were previously subject to. For Millennials, who have more or less been online their entire lives, this negative atmosphere is a regular part of life that follows them around.

Williams says this likely contributes to the demands for so-called safe spaces on university campuses and elsewhere. When negativity follows a young person around, they become acutely aware of their need for negativity-free zones (i.e. safe spaces).

Without the safety net that previous generations of young people had in offline spaces, Williams believes the newest generation of young adults may be more likely to turn to alcohol and substance abuse to cope with the negative mental health effects of online negativity. This makes it all the more important that society as a whole is more mindful of our collective mental health.

We’ve written several times about the strong correlation between mental illness and addiction. This is a phenomenon known as co-occurring disorders. For example, people who suffer from depression are much more likely to struggle with addiction, too. Likewise, addiction sufferers often have concurrent mental health issues.

If social media usage places teens and young adults at higher risk of depression, then there’s a good chance that it also places them at higher risk of addiction. This risk is compounded by the fact that young people lack the tools to properly assess their own mental health. If the depressing effects of social media are all they’ve ever known, then they’ll have a much harder time recognising that they may need help in the first place.

With this in mind, parents must be all the more mindful of their children’s internet usage and state of mental health. Young people who display warning signs of internet or social media addiction could very well have one or more co-occurring disorders. We’ll look at a few warning signs of these addictions in the next section.

What are the Warning Signs of Internet Addiction?

Here are some of the warning signs that your teen may have an internet or social media addiction:

If your son exhibits any combination of the above symptoms, then it’s possible that he has developed an addiction to social media. If this is the case, then he is also at much greater risk of co-occurring orders such as depression along with addiction to other processes and substances. It’s important to seek help right away.

If a young man in your life appears to be struggling with social media addiction and depression, The Edge rehab centre can help. Our inpatient addiction treatment programme is designed specifically for men aged 18 to 28. We combined cognitive behavioural therapy (in group and one-on-one settings) with physical training, outdoor exploration and mindfulness meditation to help our clients find new sources of satisfaction and fulfilment. With our help, he can start a new life in recovery with the tools needed to maintain a healthier emotional state throughout his life. Contact us directly to learn more.