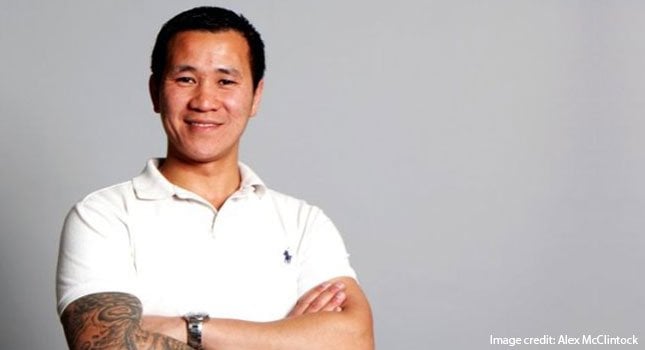 When Tony Hoang was just 14 years old, he was an up-and-coming gang member in Cabramatta, a suburb of Sydney, Australia. The money he made dealing heroin and other drugs allowed him to spend lavishly and live a semi-independent life. But as is often the case, the lifestyle caught up with him, leading to gunfights, imprisonment and the inevitable overdose.

But Mr Hoang was fortunate enough to find the road to addiction recovery. Today, he is a prominent community leader who works to mentor young people and help them avoid the risks of drug abuse and gang membership. His story is featured in two televised documentary series (Once Upon a Time in Cabramatta and Gangs of Oz) as well as in the new book, Doin’ Time: Everyone Deserves a Second Chance.

In this post, we are going to take a closer look at Mr Hoang’s life and the dramatic recovery that he was able to achieve.

The Rise of a Teen Gang Member

Tony Hoang was only 13 when he started dealing drugs. He was part of a large family – one of ten children – living in the notorious Sydney suburb of Cabramatta. His parents worked long hours and were rarely home, and Hoang’s father was abusive. In short, he was ripe for induction into a gang.

Two of Mr Hoang’s cousins were gang members, and they probably had a hand in him being recruited at such an early age. He started dealing heroin almost immediately, selling to dealers rather than users. In the earliest days, he says that he was ‘only’ earning a couple hundred dollars a day. But it did not take long for him to begin pulling in anywhere from $7,000 to $10,000 per week.

It is easy to imagine how disruptive this amount of money could be to a 13-year-old. While he was still a student, he had purchased seven cars, $20,000 in jewellery and a motorcycle that he did not even know how to drive. Money was no object.

But it was not all glitz and glamour for Hoang. He was placed in juvenile detention before his 14th birthday. And that was only the beginning of his problems. 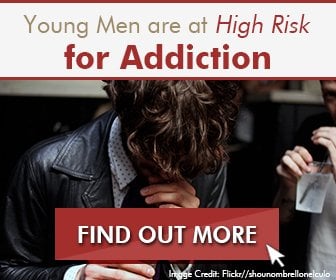 The Dangers of Drug Dealing

Dealing drugs in Cabramatta may have brought Hoang a ridiculous amount of wealth, but it also exposed him to serious risks. This was further complicated by the rebellious attitude he developed as a local gang member. At the age of 14, he had a gun. By the time he was 15, he Hoang had been kicked out of four different high schools.

At 19 years of age, the reality of his life choices had begun to set in. Six of his friends were dead – some had overdosed; others had been murdered. Hoang was on his way to his own overdose. As it turns out, this would be a turning point in his life, and it came not a moment too soon.

By the time he was 21, Hoang had already gone through more hardship than many people endure in a lifetime. He had been locked up in juvenile detention at 14. At 19 he had been shot at. And at 21 he suffered a heroin overdose.

This was the point at which he realised that he could not live like this any longer. His teenage years had been consumed by gang activities and drug dealing. By all rights, membership in a gang should have made him feel that he was a part of something. But instead he found himself dealing with a profound sense of loneliness.

This was what, in his book, Hoang describes as a ‘dark period’ in his life. He had attempted to come clean before, but was never able to summon the conviction to carry through with it. At this stage, he turned to a higher power and was able to find the support and incentive he needed from a local church.

Today, Mr Hoang is happily married and has six children, two of whom are adopted. He serves as a minister at a Liverpool church and as a chaplain at area high schools, and has started a project called InspireGenz, for which he serves as a youth mentor, drug educator and speaker.

He is certainly an inspiration to young people who are struggling with addiction, providing teenagers with the sort of role model he so desperately needed when he was a student.

Cabramatta: A City in Recovery

The city where Hoang grew up has gone through its own version of rehabilitation. In the 1990s, it had a reputation for drugs and crime. Cabramatta was widely considered the heroin capital of Australia, the local railway station was known as the ‘junkie express’, and deaths from overdoses were regularly reported in public places. This was a day-to-day reality for those living in Cabramatta.

The first political assassination in Australian history was committed here in 1994 when NSW State MP John Newman was gunned down outside of his home. He had dedicated much of his time in office to combatting gang activity in the city. Cabramatta was spiralling out of control, and there seemed to be little that anyone could do about it.

But the city has gone through a transformation in recent years. Once a place avoided due to ubiquitous drugs and crime, it has now styled itself as a gourmand destination for Sydneysiders and even tourists. People flock here from around the metropolitan area to enjoy Vietnamese, Chinese and Thai cuisine.

This transformation did not just happen. Instead, it was the result of a consolidated effort on behalf of the police, the local government and community leaders like Tony Hoang. It stands as a tribute to what people can accomplish when they dedicate themselves to creating a better future. With determination, hard work and plenty of support, communities can be transformed – and so can the lives of those who live in them.

No Young Person’s Addiction is Too Much to Recover From

Recovery is a process – and it is not easy. For those who are ready to turn their lives around, the prospects of actually overcoming an addiction can seem all but impossible. But as Tony Hoang’s life demonstrates, it really is possible to completely change your life.

If you would like to learn more about our addiction treatment programme for young men, get in touch with us. You can even let us call you if you prefer. We can help you or your loved one create a new future that fulfills your true potential.