Research conducted at Columbia University Medical Center finds those who have completed addiction treatment are much less likely than their peers to develop addictions in the future.  Why is this? 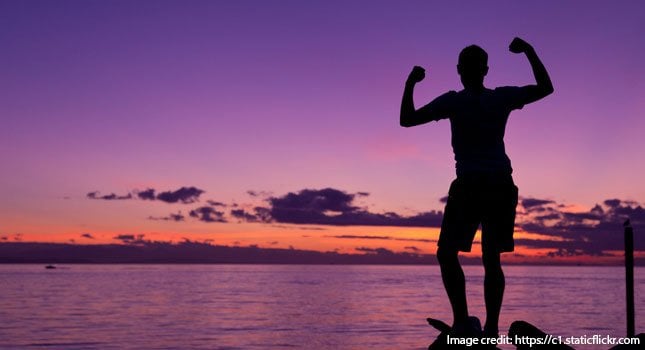 There is a common misconception that people in recovery have just traded one addiction for another, or that they will inevitably fall into their old habits again. However, new research is showing that the opposite is true – those who have gone through addiction rehabilitation are actually better equipped than their peers to resist substance abuse down the road.

The recovery process is long, and certainly has its share of ups and downs. But studies like this can serve as a source of encouragement for those who want to get sober. It suggests that the battle with addiction is one that can be won – and that the life lessons learned in rehab and in the course of this struggle will benefit a recovering addict for life.

The Tools of Relapse Prevention

In the above-mentioned study on substance abuse disorder remission, researchers drew data from a sample of more than 34,000 adults in the US. Through a series of interviews staged three years apart, they were able to track the progress of those who already had an addiction or developed one during the course of the study.

What they found is that people who had previously stopped using drugs after a period of addiction were half as likely to develop a new addiction as those who had not entered recovery.

In short, those who had made it through recovery were less than half as likely as their still-addicted peers to develop a new addiction. Given the fact that tens of thousands of people participated in this study, it is probably safe to say that these trends are representative of the general population. Skill Acquisition: Why Former Addicts are Better at Resisting Temptation

Entering into recovery and successfully overcoming an addiction does not mean that the person no longer feels tempted to use the substance. In fact, much of the addiction treatment process centres on teaching those who suffer from addiction how to resist these temptations and flourish in spite of them.

And this research suggests that the skills acquired during the recovery process are highly effective. Senior author of the study Dr Mark Olfson told Reuters Health:

“While it would be foolish to assume that people who quit one drug have no risk of becoming addicted to another drug, the new results should give encouragement to people who succeed in overcoming an addiction.”

Olaya García-Rodríguez of the University of Oviedo’s Department of Psychology also commented on the study and its implications. She said achieving remission in addiction requires making lifestyle changes and learning new strategies that help to avoid substance use in the future. She added that this protects against the onset of new addictions.

These are indeed encouraging findings for those who are currently working on overcoming addiction. By persevering through their recovery, people set themselves up to be stronger and more self-controlled in the future. In other words, the hard work they do in recovery has a big payoff.

This is particularly good news for younger people who suffer from addiction. While the temptation to relapse may always exist in some form, these findings suggest that overcoming an addiction now can position someone to enjoy a long, healthy and satisfying life.

At The Edge, we understand the unique challenges that young people face when trying to overcome addiction. Our rehab programme focuses on the whole person rather than just the addiction. We provide tailored support that addresses addiction as a brain-based disease that can be overcome with perseverance and support. Contact us today to learn more.

The World of a High-functioning Addict

Gaming Addiction Is Real — And Treatable
Get Help Now