Are you concerned that you may be addicted to playing video games? New research suggests that young men who suffer from ADHD and depression may actually use video games as a coping mechanism. 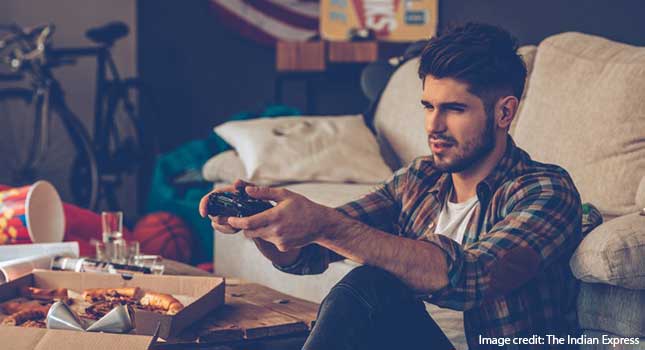 Earlier this year, researchers at Norway’s University of Bergen announced a new finding. They uncovered strong correlations between active use of technology and certain psychiatric disorders. In particular, they found that young men experiencing video game addiction were more likely to suffer from ADHD, obsessive-compulsive disorder and depression.

The study was carried out with more than 23,500 participants between the ages of 16 and 88. They were asked questions related to their social media use and video game experiences over the past six months. Each of the participants was asked to rate the following seven statements on a scale of ‘very often’ to ‘never’:

If respondents rated at least four of these statements on the high (ie ‘very often’) end of the scale, a negative relationship to their school (or work), health and relationships was inferred.

Gaming as an ‘Escape Mechanism’

Cecilie Schou Andreassen, the lead author of the study “Excessively engaging in gaming may function as an escape mechanism for, or coping with, underlying psychiatric disorders in attempt to alleviate unpleasant feelings, and to calm restless bodies.”

This underscores the risk of addiction forming as a result of self-medication. In some subjects, errant brain patterns such as those associated with attention deficit disorders or depression can be alleviated through addictive behaviours. These behaviours could include anything form substance abuse to compulsive gaming.

One does not have to be aware of the situation in order to reap the short-term benefits of engaging in the addictive behaviour. This is one way that playing video games could serve as an escape mechanism and ultimately lead to an addiction.

The Link Between ADHD and Addiction

Researchers have already demonstrated a strong link between ADHD and addictive behaviours. Some studies have shown that children with ADHD are statistically more likely than their peers to develop problems with substance abuse.

This correlation also works in the opposite direction. Studies have found that people addicted to alcohol are five times more likely to struggle with ADHD than the general population.  This correlation makes it all the more important for those who have been diagnosed with ADHD to be mindful of their potential to fall into addictive habits.

The Reality of Video Game Addiction

While they are certainly nothing new – the first video game was invented in 1958 – the pressing reality of video game addiction continues to unfold. Relatively few medical and psychiatric associations recognise this as an official addiction, though there is strong evidence to suggest that it can be. One study found that nearly one out of ten video-game players exhibit pathological tendencies comparable to those of compulsive gamblers.

In this sense, pathological video-game playing is considered a process addiction. This describes a type of compulsive behaviour that operates on the brain much like an addiction to substances like drugs or alcohol. It stimulates the brain’s reward system and releases dopamine, which in turn reinforces engaging in the process (ie playing video games).

Process addictions do not involve physical dependence or lead to withdrawal symptoms. Even so, they can still exert an extraordinary level of influence over those who struggle with them. This makes it important for those struggling with a gaming addiction to seek treatment.

The study also found that clear warning signs were emerging for those at risk of developing a technology or gaming addiction. As Schou Andreassen said, “The study implies that younger men with some of these characteristics could be targeted regarding preventing development of an unhealthy gaming pattern.”

In other words, early intervention could be possible in some cases. This makes it all the more important for parents and loved ones of young men to be mindful of the warning signs of addictive behaviours. These are some of the common symptoms of video game addiction:

Video Game Addiction Can Be Overcome

Overcoming an addiction to video games foy young men is possible with an effective treatment programme. If a psychiatric disorder such as ADHD or depression is also involved, then treatment of those underlying problems may also need to be addressed. But recovery is possible, and The Edge can help.

Our revolutionary addiction treatment programme is specifically designed to help young men overcome addictive behavioural issues. If you feel that video games are taking over your life to the extent that you no longer have time for family, friends, school or work, let us call you. All you need to do is give us some basic information about your situation, and one of our representatives will be in touch.