After attending a recent discussion with people recovering from opioid addiction, Facebook’s Mark Zuckerberg posted a moving account of his experience and urged others to work together to reach out to addicts in need of treatment. We consider his words, and how he recommends we fight stigma of addiction. 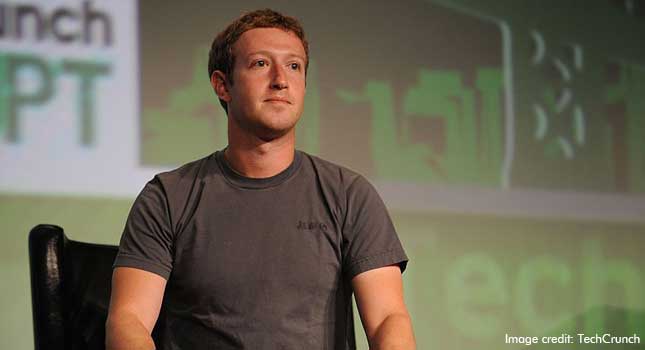 Facebook CEO Mark Zuckerberg recently participated in a candid discussion about opioid addiction and the devastation it is causing throughout America and much of the world. He was joined by a small panel of those in recovery along with some people who have helped those addicted to opioids get treatment. It was a moving gesture for many reasons – not least because the stigma of addiction often discourages public discussions of this nature.

But the social media magnate made no attempts to keep this conversation private. On the contrary, he left a public post on his Facebook page reflecting on what he learned and passing along some of the anecdotes that were shared with him.

It’s rare for a public figure like Zuckerberg to address addiction-related issues in such an open forum, unless they’ve had their own public struggles with substance abuse. But this meeting took place solely for the purpose of sharing information and raising awareness about the rising spectre of opioid abuse.

The initiative has been well-received. Ryan Hampton, a recovery advocate at Facing Addiction, praised the timing of this event. “By bringing his powerful voice to this cause at a critical time—when so many people are losing their lives to addiction—Zuckerberg is helping to change the conversation and prompt solutions to be brought to the forefront urgently,” he said.

Hampton even went so far as describing this as a ‘watershed moment’. Many of the organisations, charities and non-profits that work to work to find solutions to this addiction crisis are understandably frustrated by how little attention the opioid addiction epidemic receives. Many struggle to establish the platforms they require to raise awareness and advocate for their cause, simply because the general public is reluctant to talk openly and candidly about addiction – even when it directly affects them. 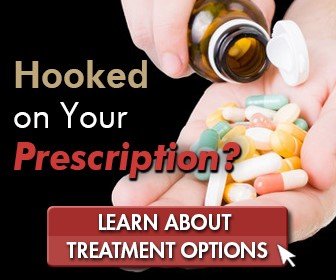 The Rising Spectre of Opioid Addiction

Those who don’t have first-hand experience with opioid addiction are often unaware of just how far out of control this problem has become. They understand that addiction is a problem that some people face. But they drastically underestimate the seriousness of the issue.

In case there was any doubt just how bad the opioid epidemic has become, Zuckerberg concisely put it into context for his post’s readers:

“The opioid epidemic is one of the worst public health crises we’ve faced. More people die from it today than died from AIDS at its peak, or than die from car accidents and gun violence. The rate is still growing quickly.”

He’s speaking specifically to the situation in the US, where 300 million opioid pain prescriptions are written each year. But prescription painkiller addiction is by no means only an American problem. Opioids are commonly abused across much of the world, particularly in regions of Europe, Asia and South America.

And when you or someone you know becomes caught in the downward cycle of opioid addiction, it’s no longer a numbers game. Public health statistics take a back seat to the very real and devastating toll it takes on a person’s life – and on the lives of those who care about them.

An opioid is any drug that binds itself to one of three types of opioid receptors in the brain. They’re chemically similar to (and sometimes derived from) actual opiates like morphine. For those suffering from chronic or debilitating pain, these prescription medications can provide rare relief. But tolerance often develops, meaning a higher dosage is needed to obtain the same effect. Addiction often follows.

Doctors face a serious dilemma when it comes to prescribing opioid painkillers. Their unique ability to alleviate serious pain is beyond questioning, but so are their addictive qualities. And when a patient becomes addicted, they may engage in doctor shopping – presenting a predictable list of symptoms to multiple healthcare providers with the hopes of receiving multiple scripts that they can take to the pharmicist.

This sort of drug-seeking behaviour is typical of addicted thinking. The person’s brain has been hijacked by their addiction and changed on a physiological level. It becomes increasingly difficult to think objectively, and the lengths they’re willing to go to get the drug become more extreme.

This, in turn, fuels black market sources, which are even more expensive than the already cost-prohibitive prescriptions. In light of their tolerance and the lack of any medical oversight, the dosage increases to dangerous levels. Fatal overdoses are all too common.

But even in non-fatal cases, people addicted to opioids routinely lose everything. They alienate friends and family, ruin their careers and sell off anything they can to obtain more. Given the stigma against talking openly about addiction, it can feel like there’s nowhere to turn. Hopelessness becomes a way of life.

How do We Address the Opioid Scourge?

Zuckerberg acknowledged how complicated treating an epidemic of this scale is. The group discussion he participated in also gave him the impression that things are going to get worse before they get better.

“Treating an epidemic like this is complicated,” he wrote, “and the people I met say it’s years from even peaking.” Plenty of other people and organisations share the same sentiment. If this is the case, then it’s time that we as a society began to work more actively and aggressively to change the culture around prescription painkillers.

First of all, we need to speak out against the assumption that prescription medications are less addictive than street drugs. Secondly, we must counter the stigma surrounding addiction, so that those who are suffering from it feel comfortable seeking the help they so desperately need. If more public figures are willing to openly discuss the grim realities of opioid addiction, then there’s a good chance society will follow suit. That’s why it’s so encouraging to see Zuckerberg playing a public role in this issue.

At The Edge, we understand that addiction is a chronic disease that requires treatment. We never look down on our clients for requiring help to get better. If anything, we admire them for having the courage to seek treatment in a culture that stigmatises their condition. With that in mind, if you or someone you know is trapped in an addiction to painkillers, contact The Edge to find out more about how we can help.

Youth at Risk as Opioid Use Rises in Rural Australia