Teen Addiction: Why Early Intervention Makes all the Difference

As a parent, you must be tuned in to your teen’s routines, relationships and behaviour. If you suspect that your child is experimenting with drugs or alcohol, don’t waste time waiting to see if a problem develops – early intervention is priceless.

Young people are subject to acute and specific risks that older addicts don’t have to contend with. This, combined with the fact that young people may be more susceptible to addiction, makes it all the more important that parents intervene at the first sign that their teen is abusing drugs.

Why Adolescents are More Susceptible to Addiction

Adults have long understood that teenagers can be impulsive and prone to taking risks. In terms of anecdotal wisdom, this is certainly nothing new. However, there is new scientific evidence to back claims like this up. Specifically, we’ve learned that the reward systems in teenage brains play a major role in this.

(Read more about this subject in our previous post: ‘Why Is Your Teen Prone to Risky Behaviour?’)

But a penchant for risk-taking is only part of the story. Research has revealed that the part of the brain responsible for planning actions and forming habits is directly engaged by the brain’s reward centre in adolescent rats. This means that the brain’s neurochemicals (e.g. dopamine) could be playing a more significant role in the decision-making process of teenagers.

The brain already uses the reward system to reinforce desirable behaviour and form habits. However, it appears that young minds are more easily influenced in this regard. Drugs and addictive processes activate the reward system, training the brain to continue seeking this particular stimulus. In this sense, addiction is a severe and undesirable habit that results from an otherwise beneficial reward system. 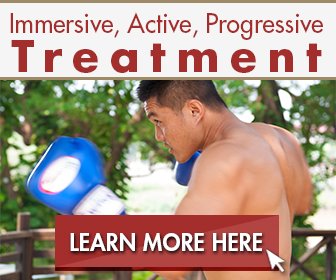 Watching someone you care about struggle with addiction is heart-breaking in any case, but it’s particularly disturbing when the person is young. In addition to exposing themselves to the physical, emotional and psychological complications brought on by the disease of addiction, young substance abusers could also be dealing themselves developmental damage that they’ll have to contend with for the rest of their lives.

Psychologists now believe that adolescence continues to around 25 years of age, with hormonal and brain development continuing up until this stage.  Specifically, the prefrontal cortex – the part of the brain responsible for impulse control – is not yet fully formed.  This makes teens even more susceptible to addiction and the resulting damage it causes.  Letting a teen’s substance abuse progress could likely contribute to serious developmental damage.

This is why it’s so important for parents and loved ones to be vigilant. By working to curtail substance abuse even before addiction takes hold, you’ll be helping to promote your teen’s developmental health and overall wellbeing. Intervening early could dramatically change the course of their life.

Why Addiction Prevention Is a More Pressing Issue for Teens

There are other reasons for parents to intervene at even a hint of substance abuse in their teen’s life. Studies have shown that young people are especially susceptible to developing addiction. But unfortunately, research also tells us that young adults who are struggling with addiction rarely receive the treatment that they need.

In an interview with Youth Today, John R Knight, MD – who works with young substance abusers at Boston Children’s Hospital – went so far as to say that addiction is a paediatric disease. “When adults entering addiction treatment are asked when they first began drinking or using drugs,” he said, “the answer is almost always the same: They started when they were young — teenagers.”

As we mentioned above, addiction is effectively a ‘rewiring’ of the brain. It creates changes in the way the brain operates, and these changes are extremely difficult to overcome or undo. If neurochemical changes occur in an adolescent mind that is still growing and developing, the complications are even more profound.

No parent wants to see their teen abusing a substance, let alone becoming addicted. But the reality is that teens are at an elevated risk for this type of risky behaviour.

As a parent, you must be tuned in to your teen’s routines, relationships and behaviour. If you suspect that your child is experimenting with drugs or alcohol, don’t waste time waiting to see if a problem develops. Intervene now to ensure that your teen receives the care and attention they need before any serious damage results.

At The Edge rehab centre, our addiction treatment method is designed specifically for young men aged 18 to 28. Our rehabilitation programme incorporates one-on-one counselling, group therapy and physical training to help the young men under our care develop new and healthier routines and thought processes to replace those developed under addiction. Act now by contacting us to find out more about how we can help.